Shaped by dog-fight enthusiasts, they are "a perversion of everything normal dogs should do. What they've created is a canine psychopath."
RANDALL LOCKWOOD, PhD 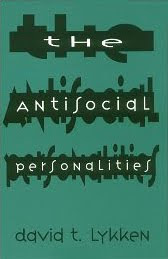 The following is an excerpt from a book written by behavioral geneticist David T. Lykken.

Having owned two bull terriers over the years, I have found my acquaintance with this breed more useful to an understanding of criminality than the perusal of most texts on the subject. The bull terrier was created as a fighting dog in the early 19th century by cross-breeding the English bulldog, for its strength and resolution, with the white English terrier, for its agility and grit. The bull terrier's quickness and tenacity, his powerful jaws, his relative fearlessness, and high pain threshold made him a formidable gladiator. But this breed's unusual appearance and lively personality proved attractive to many dog fanciers and for the past 100 years or so the bull terrier has been bred primarily as a companion animal.

Not everyone, however, is equipped with the patience and determination to cope successfully with a bull terrier pup. In dog obedience classes. where the herding and the hunting breeds keep their eyes on their masters, waiting for instructions and kind words, the bull terrier has a different agenda. He wants to romp and raise hell and he is relatively indifferent to punishment. With his great jaws he can reduce wooden chairs to kindling, destroy shoes and leather briefcases in a light-hearted moment, and create chaos in a hurry. The unsuspecting owner who just wants a dog around the house and chooses a bull terrier because he fancies the breeds' distinctive muzzle is in for a shock when he discovers that he has adopted a juvenile delinquent.

On the other hand, the bull terrier (Bully or BT to his friends) is outgoing. fun-loving and sociable, free of neurotic inhibitions. Polly Peachum, our first BT, matured to take a place in our affections like one of our own children and Slick Willy. the current incumbent, is making his way toward the same goal. Willie's pedigree shows that he is by Cry Havoc out of One Tough Cookie, which tells you something right there (about BTs and their owners). Because Willie is less than 1 year old, I am forcibly reminded each day of the parental attributes required to help him reach that goal of happy socialization. These include, on the one hand, my determination to be the boss, to refuse to tolerate unacceptable behaviors, and a willingness to take the time to enforce each lawful command. Little by little, as Polly did before him, Willy is slowly coming to realize that I am bigger and stronger than he is- that I am the Alpha dog in his pack-and that he will have to do what I say in the end. I have had to smack him a few times to get that point across; it is hard to hurt a bull terrier and Willy has never yelped nor appeared to be frightened, but when he is leaping and biting with youthful glee I do what is required to make him stop, now. and to display canine submission to superior authority.

Let me be clear that we really do like Willy; we enjoy his company when he is behaving himself and we enjoy playing with him and making him happy. We take him for walks and for rides and we let him watch television with us on the couch and he sleeps on my bed. The carrot is at least as important as the stick. Willy's obedience training is based largely on positive reinforcement; he sits and stays and comes because he's praised for doing it and wants to do it, and because he is gradually learning that, in the end, he will have to do it anyway. It is hard work to socialize a BT and it demands a certain amount of good sense and self-restraint. When Willy occasionally dashes out of the yard, willfully ignoring my "Willy! Come!," and I have to chase after him, often in my stocking feet, there is a strong temptation to belt him once I get my hands on him and it is difficult to say "Good boy, Willy" and bestow instead a friendly pat when finally he does come to me. But it would plainly be dumb to punish him when, his brief display of independence over, he does come to my command, just because I'm mad about his freedom dash which he has now put behind him. When Willy chews the top off a plastic bottle and floods the basement with a gallon of bleach, one has to be able to rinse off his feet, shut him up in his cage, and get out the mop with no more than a few muttered imprecations.

the language of dogs, normal and psychopathic
Posted by scurrilous amateur blogger at 8:58 PM

Wow, David T. Lykken was a pit nutter BEHAVIORAL GENETICIST who knew bull terriers to be the psychopath of the dog world!

i will most likely include LYKKEN in the famous pit nutter blog too. i am always amazed at how pit nutters fail to recognize themselves as irresponsible dog owners. but i do appreciate his acknowledgement that these dogs are the criminals and juvenile delinquents in the canine world.

i know a pitbull mix whose owner denies the the pit blood in her beast but the above decription of the bull terrier personality decribes this dingbats dog to a tee.

Newer Post Older Post Home
Subscribe to: Post Comments (Atom)
“The great enemy of the truth is very often not the lie — deliberate, contrived and dishonest — but the myth — persistent, persuasive and unrealistic. Too often we hold fast to the cliches of our forebears. We subject all facts to a prefabricated set of interpretations. We enjoy the comfort of opinion without the discomfort of thought.” John F. Kennedy